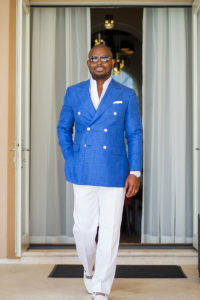 Holton is an Icon in the Network-marketing Industry and a Serial Entrepreneur. He is passionate about developing leaders and is responsible for creating a platform that has produced dozens of millionaires in his field. His definiteness of purpose is to positively impact the lives of over 100 million people spiritually, emotionally and financially. He is sought after all over the globe for his leadership ability and business acumen.

Holton is an avid golfer, real estate investor and is currently The Chief Visionary Officer (CVO) of Organo, an International Coffee Company based in Canada. 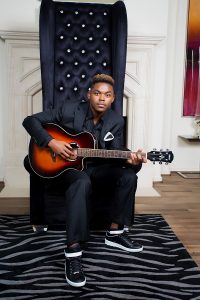 Tre is a talented musician and entrepreneur who sings, plays piano and guitar. He is a performer, song-writer and producer. Tre is a graduate of Houston Christian High School where he was a multi-sport star athlete, an honor student, and young philanthropist.

Tre began his musical career at age 12. The proceeds from  his 1st album were donated to victims of The Oklahoma City Tornado Disaster in 2011. Tre is a member of the musical duo Wav3pop and is currently attending The Los Angeles School of Film and Recording .

Tre performed the vocals, co-wrote and co-produced the theme song for WiiN.