Don’t Tear Down to Build

I have loved this beautiful man since I was 12 years old.  I have seen him at his absolute best, and I have had the privilege of seeing him navigate like a champion through the worst of times.
In the 31 years I have known him, I have never seen him tear down anything or anyone to build his dream. His purpose has always been to add extreme value wherever he goes and elevate those he leads. I have watched in awe at how his character has sustained us through every challenge and has kept us humble in the midst of unprecedented success.  Most of us know people who think they have to put other people down to make themselves look better. We’ve all heard stories about women who can’t cultivate a man of their own so they conspire to steal someone else’s. We’ve worked with people who lack the work ethic and integrity to elevate themselves in their careers, so they attempt to destroy the reputation of those who give more and work harder. And most of us know someone who would rather create dissension and drama among people by spreading gossip and lies instead of learning how to be a friend and contributing something positive to the group.  When people spread lies about you, hate on you or dislike you for no good reason, get excited! Rarely do people hate on a person that is doing worse than them…they hate on the ones that are doing better. The next time someone brings negativity to you about another person, check to see if the person carrying the bad news is doing better or worse than the person they are gossiping about. Then decide for yourself who you should listen to. Always remember, blowing out someone else’s candle doesn’t make yours shine any brighter…competent, capable and integritous people don’t ever have to tear down to build! Real leaders make their living by building something of significance…their legacies are solidified by what they created not by what they destroyed.  #Leadership101 #DontTearDownToBuild  #CheckTheScoreboard   #HoltonBuggs  #EarleneBuggs #ABuggsLife  #EBsPinkNotes💗 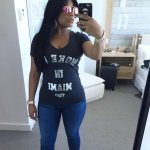 I love him because… Part 2 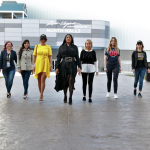